A downloadable game for Windows

Please leave reviews and comments if you enjoyed and feedback on things to change!
The game is Actively in developement!

If you encounter a game-breaking bug. press BACKSPACE to restart the level!

What would it be like if some masked men took your daughter? What would you do?How would you do it? would you meet their demands? or suffer the loss. The choice is yours.  Undertake this journey to get your daughter back... if its not already too late.

While embarking on this journey to get your daughter back, you will need to solve puzzles. Kill enemies with weapon and engage in an intense final boss fight to kill evil itself. Lucifer. Will you take the crown and hit upon the throne and be knighted the new king of hell? Or reject the position and do everything you can to get your daughter back?

This is a "DEMO". Please let me know what you would like to see next in Saving Grace. The game is in active developement to make this game even longer and better! Please Leave comments and reviews!

This game was not free to make, and it will only get more expensive. If you enjoyed the game please support me by donating! I want to make this into something amazing!

Make sure to follow me to stay up to date on all the latest!

Do you want to see more? Let me know what else you'd like to see in Saving Grace!

For something that was supposed to be under an hour long, I spent like 3 hours just fucking around with ragdoll physics, it's even more fun than Amnesia's and Skyrim's ragdolls. I had like 2000% more fun with this than I should've done.

I also had a lot of fun breaking the game towards the end. First half is super terrifying, second half is comedy gold, a perfect reward for all the anxiety the first half puts you through.

I found the enemies to be the scariest thing ever (even scarier than most Cry of Fear enemies). You hear them running from far away but you can't tell where they're coming from, and sometimes they're slow, sometimes they're super fast. They turn corners really quickly which makes you panic when trying to defend yourself.

I had some grudges with the interaction system. Sometimes you interact with the wrong thing because the triggers occupy the same space, or an object is too hard to pick up because it keeps flying around and the mouse needs to be right on it to pick up.

I also don't like how you have to keep E held down to keep some items picked up. It makes walking really frustrating.

Really amazing and funny/scary game with lots of potential and fun to be had, just some mechanics that need a bit of polish. <3

Whoa! Thats a long time! Thanks so much for playing and im overjoyed that you enjoyed it this much!

I had the pleasure of reviewing your game

I enjoyed it.. There are a few things I would improve but over-all it kept my attention and I made it to the end.. The atmosphere was my favorite part.. Especially waking up in the ransacked house... I wish there were more voice acting bits.. All in all great work.. Loving the progress.. Best of all it has a decent play through time.. Keep it up!

Thank you very much! Im glad you enjoyed it!

Excellent game, for a small team in full development, I must be one of the only French here but it is necessary to encourage and help so that the game progresses, I love the impression which mixes Fallout at the level of the decorations and metro exodus at the level of the atmosphere. there was some bug but it's really not bad.
go see my video and forget the little like ^^

Thanks my friend! In the 0.9.3 patch all previous bugs should now be fixed! i am a solo developer! Thank you

it's even more incredible if you're all alone frankly the others should not complain thank you for your game, my video is great thanks to you

0.9.3 is now released, which should solve the previous issues! :)

I don't know if it was just a bad day for me or what but i did not enjoy this game at all! I think the game glitched for me maybe take a look at my video and see:

Sorry about this my friend. Ive taken the game down while i fix these things. Hopefully you can come back to it down the line. Sorry again.

Hey! It's finally done. Editing took way longer than expected but it was worth it. Here's some gameplay of the game now. Hope you enjoy!

An interesting game, I look forward to seeing more, let me know how it goes.

I hit some bugs while playing through and for some reason the game crashed on me three times so I couldn't finish it unfortunately but I really enjoyed the premise behind it. I just think it needs some fine tuning (and whatever was causing the crash needs to be fixed)

i think so good idea

That was fast aha! i see right at the end you were strugging. you had the sword in the slot where the doll was meant to be! 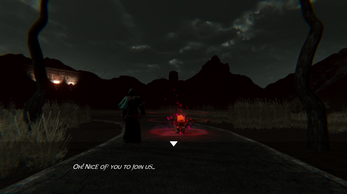 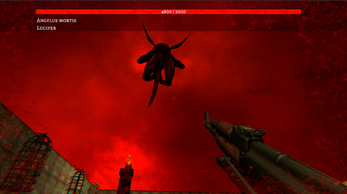 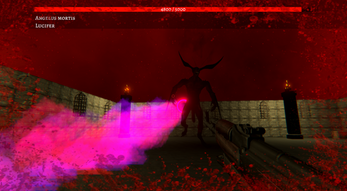